Dr. Billings is a graduate of the University of Maryland School of Dentistry and founded the practice on Kent Island in 1981. In 2016, he was named Queen Anne’s County Business Leader of the Year by the Chamber of Commerce. He has also received numerous other accolades, including: “Favorite Business Owner” and “Favorite Dentist” by The Shore Update, “Top Doc” and “Top Invisalign Provider” by What’s Up! Eastern Shore; “Favorite Doc” by Chesapeake Family Magazine. In the fall of 2017, he and Dr. Murphy were presented an official citation from Senator Steve Hershey on behalf of the Maryland General Assembly in recognition of their, “Commitment to the health and well-being of the residents of the Eastern Shore.” He has been featured on local TV and radio stations all over the Eastern Shore, including WBOC-TV (Salisbury), WCTR 96.1 (Chestertown), and WCEI 96.7 (Easton.) Dr. Billings is married and has four adult children. When he’s not working, he likes to travel, golf and study photography.

Dr. Murphy partnered with Dr. Billings in 1986. He is a graduate of the University of Maryland School of Dentistry and completed postgraduate education studies for implant restorations and cosmetic dentistry. Dr. Murphy was prominently featured in the May, 2017 issue of DentalTown Magazine – a national industry-leading publication – for his mission work performed around the world. He has also been widely recognized in the area as the following: “Favorite Business Owner”and “Favorite Dentist” by readers of The Shore Update; “Top Doc” and “Top Invisalign Provider” by readers of “What’s Up! Eastern Shore; “Favorite Doc” by readers of Chesapeake Family Magazine. In the fall of 2017, Dr. Murphy was recognized by the Maryland General Assembly for his work in the community. He is married and the father of two adult children. In his spare time, he enjoys traveling and piloting small planes.

Dr. Jennifer Brotz joined Eastern Shore Dental Care in July 2018. Originally from Cherry Hill, NJ, she graduated valedictorian from the Maurice H. Kornberg School of Dentistry at Temple University in Philadelphia, PA. During her time in dental school, she was elected Vice President of her class, actively involved in the Public Health Club and Honors Oral Surgery Society, held a position on the Honor Board, and completed a mission trip to Jamaica to help those with limited access to dental care. Dr. Brotz completed her general practice residency at The Johns Hopkins Hospital in Baltimore, MD. She currently resides in Odenton, MD with her husband and labradoodle, Jeter.

Dr. Alyssa Wolfe joined Eastern Shore Dental Care in July 2020. A native Marylander, she was born and raised outside of Annapolis. She completed her undergraduate degree at Towson University and graduated from the University of Maryland School of Dentistry. During her time at dental school, she was an active participant of the American Association of Women Dentists. Dr. Wolfe completed her Advanced Education in General Dentistry at East Carolina School of Dental Medicine and is a member of the American Dental Association (ADA). She currently resides in Davidsonville, MD and enjoys traveling, boating, hiking and spending time with family, friends and dog Olley.

Dr. Eric Fooksman joined Eastern Shore Dental Care in June 2021. A native of Maryland, he grew up in Columbia and obtained his undergraduate degree at Salisbury University. While attending the University of Maryland School of Dentistry, he played an active role on the class council and joined the Psi Omega fraternity. After graduating, he completed a fellowship at the VA Medical Center in Oral Medicine and General Dentistry. Dr Fooksman currently resides in Odenton with his wife, son, and daughter. He enjoys being part of a large extended family, playing softball, spending time outdoors and bowling a “perfect game”.

Dr. Megan Dixson joined Eastern Shore Dental Care in May of 2022. Originally from Alaska, she grew up in Washington State and obtained her undergraduate degree at University of Washington Seattle. After her undergrad, she went to University of Maryland School of Dentistry. After graduation, she did a residency in York, PA. Dr. Dixson currently resides in Arnold with her husband and step son. In their free time, they enjoy playing board games, hiking, traveling, and cooking together as a family.

Dr. Erin Golueke joined the practice in July of 2022. Originally from Maryland, she grew up in Baltimore and obtained her undergraduate degree at University of Maryland. After completion of her undergrad, she stayed at the University of Maryland School to move onto her passion of Dentistry. After graduation from dental school, she did a residency in West Palm Beach, Florida. Dr. Golueke currently in Columbia with her fiancé and dog Harper. In their free time, they enjoy playing golf, hiking, and traveling.

Dr. Heather Foster joined Eastern Shore Dental Care in January of 2023. A native of Maryland, she grew up in New Market and obtained her undergraduate degree at Mount St. Mary’s University. After graduating, she went on to the University of Maryland School of Dentistry and completed her residency at Chase Brexton. Dr. Foster currently resides on the Eastern Shore with her husband, daughters, and her dog Bear. She enjoys Skiing, Hiking, and enjoying the outdoors with her family. 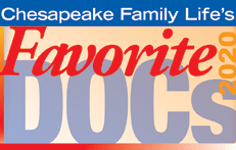